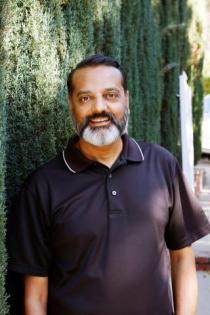 It started as a tickle in my throat. I noticed that every time I spoke, I had to keep clearing my throat. At first, it was okay because it was just happening every now and then. As time went on, however, it became more pronounced; I would have to clear my throat every few words or sentences.

At the time, I didn’t take it seriously. I wondered what it was about, but the only thing I did to combat it is drink water. When I eventually got a cold and finally went to the doctor, I mentioned it to my physician; they did tests and bloodwork and sent me to an ear nose throat specialist. They did not come to any conclusions.

It progressively got worse and worse. My doctor’s office got annoyed because I kept making appointments for the same issue. Over a year and a half later, I finally got fed up with them and changed doctors. He did an x-ray and saw a nodule in my left lung. He said it would be best to wait and scan it again in 6 months. He didn’t seem alarmed, so I didn’t think there was any reason not to wait.

6 months later, I was on vacation with my family and ended up coughing up blood. I panicked, but didn’t tell anyone because I didn’t want to ruin our vacation.

Once we got home, I forgot about it. A few weeks later, it happened again. I finally told my wife, who encouraged me to go back to my doctor. He did another x-ray and it still showed the same nodule in my left lung. What’s crazy is I had to ask my doctor, “Isn’t there more we can do to look at my lungs?” That was the only reason he ordered the CT scan.

The scan did not look good, so I was sent to see a pulmonologist. We brought the scans with us and he told us that I had massive growths in both my lungs and I needed to stay for a biopsy. Two days later, I got the worst of the worst news: I had lung cancer in both my lungs. The doctor told me if I didn’t take action right then, I would only have six months to live.

I couldn’t believe it. I thought they were looking at the wrong person’s charts. My wife wasn’t at the appointment, so I had to go home and break the news to her. We cried and felt frozen in time.

I wallowed in my misery for about seven days, unable to accept my diagnosis. Finally, I decided I needed to do something, and I decided to do the worst thing possible: I went on the internet. There was so much destruction and despair there, causing me to feel even more anxiety. Then, I stumbled upon LUNGevity. I was able to talk to a real person, who comforted and reassured me. She connected me to a great lung oncologist in my area. She also connected me a lung cancer mentor, someone who was going through what I was. This phone call, and these two connections, changed the entire trajectory of my diagnosis.

My mentor had been living and breathing with the disease for 4 years when we were connected. He literally saved my life. He counseled me emotionally and psychologically. He told me, “I know you’re upset, but you need to work through those emotions because you have a huge war in front of you. There will be thousands of battle in that war, and you need to fight each battle to make it to the next one and ultimately make it to another year. Look at me: I’ve been stage IV for four years and I continue to battle.”

Suddenly, I felt a tremendous amount of hope. If he could survivor at this advanced level for so long, so could I. He explained to me about biomarker testing and why it’s so important to know what’s driving your cancer.  When I met my new oncologist, I knew the right questions to ask and how to better advocate for myself.

At our first appointment, my new oncologist told me, “We’re going to be friends for life.” She scheduled a scan of my brain and discovered I had tumors there as well. Two were so large, she was surprised I could walk. She said I had two options: surgically remove the tumors or radiate them. It took a total of three weeks from learning about the brain metastases to going under the knife.

After removing the tumors, they sent the tissue for biomarker testing. As I was recovering after surgery, my oncologist came running into the room and gave me a big hug. She told me she had excellent news: I tested positive for a biomarker and they could treat my cancer with a targeted pill. I had ROS1, which only about 1% of non-small lung cancer patients have.

ROS1 was the last of the 110 tests they ran on my tumor sample. This was like winning the lottery for me. It wasn’t for money, though, but for life. I didn’t realize it at the time, but it was a truly lifesaving event. It gave me the opportunity and hope that I would see more tomorrows rather than the six months I had been told.

I was put on a targeted drug still in clinical development as well as chemo and radiation. This was 2013, and there weren’t as many palliative care drugs that helped manage the side effects of chemo. I suffered nausea, headaches, dizziness, serious constipation, altered mental state; it was killing me. By the time I made it to my fourth round of chemo, I told them I couldn’t do it anymore.

Luckily, the targeted therapy slowly but surely caused my cancer to recess. My brain didn’t respond as well to the drug, so I had to radiate those tumors. It took a few years, but I am now in complete recession.

7.5 years later, I am still on the same drug that I was told might only work for 18 months. This is why I am an advocate for biomarker testing; you need to know what is (or isn’t) driving your cancer to treat it best. The targeted therapy causes its own host issues, like bloating, lack of vision at night, and a higher risk for blood clots, but I’m alive.

Even though it’s been years since my diagnosis and I’ve been doing well, I’m still worried I won’t live to see tomorrow, or that I’ll miss major milestones. However, I try not to worry about the bucket list and instead focus on today. There’s no guarantee of living tomorrow even without cancer. Cancer is just a reality check, a morbid warning letter that today is all any of us really have.  What would you do if you only have until sunset today to live? That’s how you should be living your life.

Now, I try to help others going through what I went through years ago. I try to help them see it’s important to focus on the here and now instead of what did or what might happen.  If you spend your time focused on negative experiences, whether past events or dreaming of future ones, is like playing a horror movie over and over again. If it is the past, it’s no longer a reality, and if it’s the future, it might never happen. I try to help people see you have to focus on today because that’s all you can control. That is what will make you happy.

AJ Patel is an eight year stage IV lung cancer survivor. Back in 2013 he was told he may not survive six months. After battling a complex craniotomy, several rounds of chemo and radiation, AJ was losing hope. Biomarker Testing was not well known then, but the doctor ordered the test and it literally saved his life. Today, AJ spends all of his time outside of a full-time legal career to help others affected by this disease, advocating for Biomarker Testing and most of all, being a voice of hope. AJ lives in Southern California with his wife and college aged kids. AJ finds strength and wisdom from meditation.