Cancer is just a word... 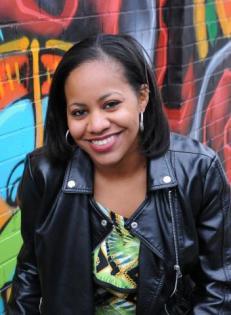 When I was first diagnosed with lung cancer, I wasn’t given a stage. It made me feel hopeful, like I had a mild form of cancer and I could take some medication and be okay. Someone even asked me what stage my cancer was, and I told them I didn’t have a stage. I look back at the time and wonder how I thought it was even possible.

I found out I was stage IV because I started having symptoms again. Before my diagnosis, I had a cough and shortness of breath. This is what led me to seeing multiple doctors and eventually being admitted to the hospital, where I had testing done, my chest capacity drained, and my tumor confirmed for cancer.

When I started having shortness of breath again, I was worried my lungs were filling with fluid once more, so I went to see the doctor who sent me to the hospital in the first place. At his office, I described my symptoms. He told me, “With stage IV cancer, these types of symptoms are going to happen.”

It was like an uppercut to the stomach. He said it so nonchalantly, like he was asking for a cup of coffee, but it rocked my world. I couldn’t comprehend it. What I knew about stage IV was that it was the last stage. I asked him what is my life expectancy? The doctor told me, “We don’t really like to get into that, but we see people live five to six years.” SIX years? Was he telling me I wasn’t going to live to see 40?

It’s hard to explain how you feel when you’re told you are looking at five to six left years to live, especially when you feel like you’ve barely scratched the surface of all the things you want to accomplish in life. What was supposed to be an appointment to get an x-ray of my lungs was a life shattering experience.

I started treatment in January 2019, a month after my diagnosis. I made the decision to delay my treatment in order to freeze my eggs. I was 32 years old, I had just gotten married, and I had yet to have kids, a dream of mine for a long time. The medication I was about to start (a targeted therapy that would treat my specific kind of lung cancer, ALK+) was not safe to take while pregnant. Because I would be on the meds for the foreseeable future, this was my last opportunity to freeze my eggs. While my doctor wanted me to start treatment right away, he understood how important motherhood was to me, and agreed to the plan as long as I started treatment as soon as the process was complete.

Today, I am on the same treatment I started back then. I haven’t had fluid in my lungs since 2019 and the side effects from the drug have been pretty manageable, in the grand scheme of cancer. I have fatigue like I’ve never felt before, some weight gain and digestive issues, but nothing major. That, plus the fact my metastases are gone and the tumor in my lung is actively shrinking, is a win in my book.

When I was first diagnosed, I felt like I was living a double life. I was keeping my diagnosis close to my chest, not actively telling many family and friends. I also was not public about my diagnosis on social media or with the audience of my radio station.

A few months after my diagnosis, I had a guest on my show who was talking about a diagnosis she had and how people with platforms needed to use them for good. She didn’t know about my lung cancer, but it felt like she was talking directly to me and she was telling me I needed to do something about lung cancer.

I realized I needed to start telling people what I was going through and start sharing my lung cancer story. Lung cancer is so stigmatized and people are so hush-hush about it, but we need to be shouting from the mountaintops about it. People need to understand it can happen to anyone. I want there to be a cure to lung cancer someday, and that can only happen with less stigma and more funding.  At some point, the right person is going to hear my story and be inspired, and they’re going to make a difference.

I also want people to know there is life outside this disease. It doesn’t have to define you. I find it so inspiring and empowering to connect with other survivors, particularly long-term survivors, who are still able to live their lives with the disease. Don’t be afraid to reach out to people, hear their stories and tell them yours. While your cancer walk isn’t going to the same as anyone else’s, it can help to know you are not alone.

After my diagnosis, I had to have some hard conversations with myself internally about my goals. I had to determine what was more important to me: the process or the end result. I knew I wanted to have a baby, but did it matter if I carried it myself? I had to adjust my expectations of myself. I realized I still could do all the things I wanted and achieve my goals, it just might not look like how I pictured it. The journey would happen in its own way.

Occasionally, I go through a "why me" moment. Normally, I try to stay positive, because I feel like it’s important to staying in good health, but there are some days it catches up with me. This isn’t fair. I didn’t smoke. Look at this guy, walking down the street, smoking a cigarette; I bet he lives until he’s 90. I’ve learned to feel these emotions, acknowledge them, and move on. I try not to live in that space or dwell on negative things. That process – feel, acknowledge, move on – has been key to my positive outlook.

It's important to remember cancer is not the end chapter. If you are newly diagnosed, I want you to understand this is the middle chapter, just a plot twist. Cancer is not a death sentence. It’s not a period. It’s a word. It’s not the end. I always say I may have cancer, but cancer does NOT have me.

Jaymie was diagnosed with stage IV lung cancer in December of 2018 despite being an active and healthy non-smoker. Diagnosis aside, she continues to work a full time job and run the operations of her radio station, WJMS Radio, while hosting three shows. She is working out as much as she can and actively fighting for her life.

As fate would have it, WJMS now provides her a platform to bring awareness to her cause, and others, while inspiring those around her to keep moving forward. Additionally, through her involvement with LUNGevity, ALA, LCRF and other organizations, she shares her story with the world to help erase the stigma that lung cancer is a "smoker's disease."

Her motto: I may have cancer, but cancer does NOT have me.