Chemotherapy: Where are we now? 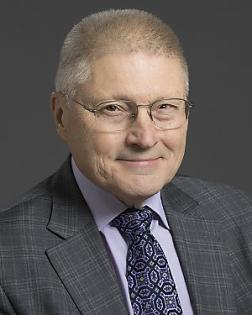 “Over the past decade, new options have emerged for lung cancer patients,” says Philip Bonomi, MD, professor of Medical Oncology at Rush University Medical Center and member of LUNGevity’s Scientific Advisory Board. First came the U.S. Federal Drug Administration’s (FDA’s) approval of targeted therapies, drugs that are designed to target specific genomic changes found in a patient’s tumor. Compared to chemotherapy, targeted therapies offer higher-tumor remission rates and longer remission duration for patients with the appropriate biomarkers, such as EGFR and ALK. Also, targeted therapies are given to patients orally which makes them easier to administer and more comfortable for patients.

Next came immunotherapy, which releases the brakes on the immune system and enhances the immune cells’ ability to fight cancer. Immunotherapy has resulted in significantly longer survival for lung cancer patients. "Initial results showed higher overall survival rates for patients treated with second-line immunotherapy alone versus chemotherapy,” notes Dr. Bonomi. “The most encouraging observation is that approximately 20% of these heavily pretreated patients saw long-term survival benefits and disease control with immune treatment in the earliest immunotherapy trials. These results led to FDA approval for nivolumab, pembrolizumab, and atezolizumab. Immunotherapy regimens consisting of a single agent (pembrolizumab) or two agents (nivolumab/ipilimumab) are also approved as first-line treatments for advanced non-small cell lung cancer patients whose tumors have the PDL1 protein on the surface of their tumor cells. The idea of leveraging their body’s own defense mechanisms to combat cancer is very appealing to many patients.”

In 2020, the FDA approved the use of the combination of immunotherapies, nivolumab (Opdivo) and ipilimumab (Yervoy), and two cycles of platinum-doublet chemotherapy, for the treatment of metastatic or recurrent NSCLC with no EGFR or ALK genomic mutations.

For patients with metastatic SCLC, the FDA has approved two new approaches involving chemotherapy in 2020: both atezolizumab (Tecentriq) and durvalumab (Imfinzi), in combination with etoposide and either carboplatin or cisplatin as a first-line treatment have resulted in improved overall survival. In addition, the chemotherapy drug lurbinectedin (Zepzelca), improved survival as a second-line therapy in SCLC patients and has been approved by the FDA.

“Chemotherapy still has a role to play in lung cancer treatment. But I expect it may eventually become obsolete,” predicts Dr. Bonomi.  “As we continue our research efforts, continue clinical trial process improvements, and continue to identify better treatments with fewer side effects, we will see even more treatment advances enabling lung cancer patients to live longer and to enjoy time with their families and friends.”

Learn more about chemotherapy in our comphrensive, medically vetted overview.

Juhi Kunde, MA, is a science writer for LUNGevity.