The Hope of a Productive Day 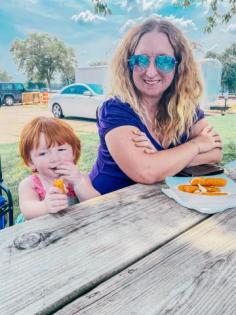 I was diagnosed with stage IIIB NSCLC adenocarcinoma. I was confused. The only thing I knew (or thought I knew) about lung cancer was that you got it if you smoked. I had never smoked, so it didn’t make sense that I would have lung cancer.

My treatment journey was a rollercoaster. I progressed almost right away to stage IV, but I didn’t learn this until about a year later. I had tumors in my lung, lymph node in neck, and C-spine.

First, I was put on a targeted therapy, which didn’t work. I then had chemo and radiation, which sort of worked. Because of this mild success, my doctors decided to do a broader gene panel test, which discovered I had MET amplification EGFR. I was put on a clinical trial in Boston and had to travel back and forth from Chicago twice a month for a year. Unfortunately, that stopped working too. I then had surgery, in hopes this would help stop the spread. It didn’t. I was put on yet another targeted therapy, which thankfully worked for about three years until I had progression in my abdomen. I was put on a second clinical trial, which helped for about a year before the side effects became too severe.

Throughout, I battled a series of side effects from my treatments: taste changes, weight loss, weight gain, nausea, vomiting, and fatigue. It was a very difficult time.

Seven years later, I have finally made it to the other side. Today, I am NED (no evidence of disease). I am still on my targeted therapy, but the only side effect I have is fatigue, which I’ve mostly been able to alleviate by switching the time of day I take my pill. I am now able to work full-time and mostly enjoy my life.

When I was first diagnosed, I was certain I was going to die. In fact, it probably took 6 years of battling the disease to finally start to think I might actually live through this. In those first few years, we barely thought more than a few weeks in advance. We needed to get through the next month and not the next year.

Now, I feel like I can plan for the future. Recently, my employer let me sign up for a 401k. While I struggled to commit to it because I would be unable to take any funds out until I turned 65, I decided to do it. This is not something I would’ve done before now.

Since my diagnosis, I have accomplished things I wasn’t sure I would ever be able to do. I got married in 2016. Our 5-year anniversary is coming up in December. I never thought we’d be able to hit this milestone.

We bought a house together in 2019. When you’re diagnosed with lung cancer, it takes a financial toll on you, and I truly believed we’d never be able to own a home because of that. However, we were able to save for a down payment and our credit wasn’t as impacted as we thought. We were able to do something I never dreamed possible. Now, we’re thinking about building a new home that better fits our vision of the future.

I am working full-time at a job I love. When I was first diagnosed, I had to take time off work, and I wasn’t sure when I’d be able to work again. To be working a full-time job that I love feels amazing. I love feeling needed and to have a purpose, and my job gives me that.

Today, I feel good. There are some days I might feel a bit tired after work, but for the most part, I can still do everything I would want to do if I didn’t have cancer. I work all day, I cook dinner, I do chores around the house. I hang out with my sister or go out and do things.

Being able to do these things, no matter how small, gives me hope. I’ve always liked making to-do lists and checking things off as I go. These days, it feels great to cross off all that I can accomplish in a day. After what I went through the first 6 years of my lung cancer journey, a good, productive day gives me a lot of hope. 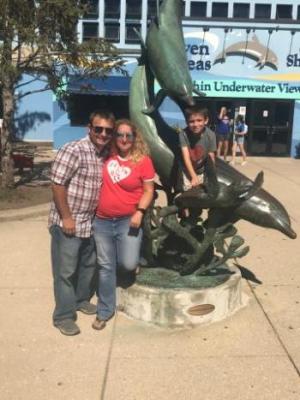 Diane Spry is a twin, sister, daughter, wife, auntie, and dog/cat mom. She has lived in the Chicagoland area her whole life and currently lives about one hour south of Chicago with her husband and fur babies. She works full time as a supply chain clerk working with dehydrated vegetables. She enjoys spending time with her family specifically having her niece and nephews spend the night on the weekends. She was diagnosed with lung cancer in 2014 at the age of 30. She works with newly diagnosed patients doing one on one support and has also participated in many LUNGevity Breathe Deep events.