Let's Kill the Stigma and Save Lives 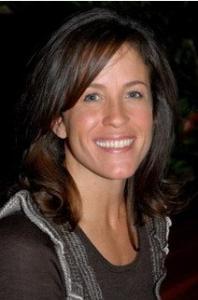 Those three words are toxic and create a serious barrier to diagnosis, treatment and acceptance in the community.  Even worse, they have created a barrier that is holding the lung cancer community back; a perpetuated stigma within the community itself. It’s there and it’s significant. 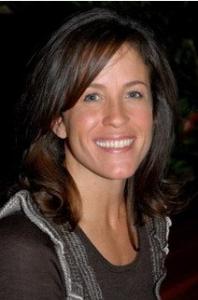 The stigma in the general public is so strong that survivors who have never smoked are forced to immediately, and constantly, declare three words (“I never smoked”) to avoid the three words (“Did you smoke?”) that imply self-infliction. Facing a lung cancer diagnosis is already an uphill battle - energy should be focused on health and survival, not on being forced to declare ‘innocence’ or plead ‘guilty’!

It sounds like a harsh analogy, and that’s because it is a harsh reality.  The pervasive stigma is, unconsciously, dividing our community into two teams (innocent and guilty) at a time when we desperately need to unite. But, it’s not easy to unite when we use the stigma itself to try and eliminate the stigma. There will always be a stigma if we are defined by what kind of smoker we are; a smoker, a former smoker, a non-smoker or a never smoker. We are all lung cancer patients, on the same team, and we have to change our words in order to kill the stigma and save lives.

Many believe the non-smoker angle will catch people’s attention, and it does for the moment, but at what cost? Think about it. When someone is forced to heavily emphasize that they never smoked, the message being sent to the other 85 percent of lung cancer patients who are smokers or former smokers is, ‘You are the ones that deserve lung cancer.’  While I know that’s certainly not the intention, focusing on stories of never-smokers who get lung cancer as a way to validate the disease isn’t productive and hasn’t worked in the 15 years I’ve been trying to change the conversation.

Anyone can get cancer, and regardless of what caused it, no one deserves to be diagnosed with or die from lung cancer!  The pain from watching someone you love suffer the cruelty of lung cancer until their last breath is unbearable, so does it really matter whether or not they smoked? Does it mean that they deserved to die? Does it minimize the loss?  Does it mean those left behind deserve less sympathy?

Bottom line: It doesn’t matter!  What matters are the faces of lung cancer; it’s your mom, your dad, sister or brother, your friend or your child - It could even be you! What matters are the desperately needed research funds because advancements in treatments are helping patients live longer and better lives.  Focusing on education, awareness and support matters because lung cancer patients and their families need to believe there is hope. But, what matters the most is that the lung cancer community stand united as one team with one voice!

Let’s show our faces, share our stories and humanize the disease. Let’s stop talking about smoking and start talking about lung cancer. Let’s change those three words to I am sorry or Can I help. We need words that help instead of hurt.

Let’s kill the stigma and save lives.

My dear husband,a non-smoker, was diagnosed with stage 4 cancer over 4 years ago. He passed away three years after the diagnosis waiting to be accepted into a clinical trial at Mass General.

He needed to go to the ER at a local hospital for an unrelated cancer injury. When the nurse was taking his history, she noticed his Lung Cancer diagnosis and asked him how long he smoked...not if he smoked..but how long. I was so infuriated with her presumption that he smoked...I lashed out at her. My dear husband remained calm and told me it was just ignorance on her part. I think I was more upset because this was an educated( so I would have thought) nurse and she assumed he smoked. I agree we have to educate people and do more research to kill this awful disease. Also, I do not wish smokers any ill, they might not harm themselves...but they might put others at risk. Thank goodness for the work Lungevity does.

Thanks for this. I find

Thanks for this. I find myself making sure that I make that distinction. Mostly to let people know that ANYONE can get it. But subconsciously I think I felt ashamed. All through my testing, my physicians kept telling me I had no risk factors...so it could be something else. They were all surprised at the results. Which truly shows health care providers lack the awareness of its prevalence. I am 45yo woman diagnosed 10/23/15 Stage 1B operable/curable. Surgery in a few days. Promoting Awareness is my new life mission. Feeling emotional today and found this site.

Jill, you are an amazing

Jill, you are an amazing woman and advocate. Your words are so true. We need to focus on survival and not on this stigma. Let us hope that people can one day get beyond the finger pointing and instead ask what they can do to help. Thank you.

Thank you for this article. I

Thank you for this article. I too have a husband who has never smoked but was recently diagnosed with stage IV LC at 43. I am devastated.
One night my husband was talking to our teenager:
"I heard something that made me sad, breast cancer has a pink ribbon, there's a yellow ribbon for some other Cancer and a purple ribbon for prostate cancer. But lung cancer is the number one killer, but no one has sympathy for people with lung cancer, because they assume that you could have prevented it." It broke my heart to hear this.
They assume you are a smoker... Not just nurses. But he didn't do anything at all to deserve this. I am sick of the lung cancer screening pamphlet that says , if you are between 65-70, and smoke at least 3 packs a day, you may be at risk. It should also say non smokers, and younger may still be at risk. I want to become an advocate for screening or something at an earlier age. I keep thinking this can't be happening, he is young, never smoked and goes from that to a stage IV. If there had been some screening, they could have caught it sooner, operated and he may be cured. No one deserves this disease.

Hi Jill,
Beautifully put. I would love to see a change in the conversation. I will admit to jumping out in front of the question with a proclamation of "i never smoked" far too many times. But you are right. The divide is real and it is dangerous. We are seeing great strides and becoming more visible. Now is not time to find ourselves a country divided. Thanks for your words. I hope our paths cross again soon.

I am a nurse and have stage

I am a nurse and have stage 3a lung cancer. I know risks for cancer, there are many; breathing air, radon (before people tested for it), obesity, hormones in meat and dairy, viruses via sexually transmitted diseases, poor diet, lack of exercise, sitting in the sun too much, going on biologics, the list goes on and on. So why do people I know on smokers???? Only 35% of people who get lung cancer are current smokers!!!! And many of us were addicted as children because everyone chained smoked back then !!!!! Who knew there was more than just tobacco in a cigarette! 60 known carcinogens and 6000 chemicals! It's not on the package, and those chemicals make smoking more addictive than herion!!!!!! People that are drug abusers get more sympathy!!! And what about heart disease that's not stigmatized?????it all just makes me sick!!!! I really hope to see a huge focus on lung cancer treatment research starting now. We have been ignored and written off long enough!!!!!

While I agree that there is a

While I agree that there is a stigma, the more poignant fact is that smokers/never-smokers lung cancers have different etiology. Some even consider it a different disease based on different changes and mutations in the DNA make-up of the tumor. From Acta Oncologica, 2017 - Issue 7, ‘Never-smokers with NSCLC present distinct demographic and clinical characteristics. The characteristics of tumor also differ between never-smokers and ever-smokers, which may suggest different carcinogenic pathways’.

Yes, while those of us with a lung cancer diagnosis find ourselves either defending or admitting, I think it is still imperative to educate the public to the fact that not only smokers or former smokers can get this disease.

When it comes to awareness and early diagnosis, if someone has a history of smoking they have the medical community’s interest and lung scans are strongly suggested and in some cases, part of the annual checkup. For those who never-smoked, diagnosis most often comes after progression to stage 4. Why? Because the symptoms are usually blamed on something other than lung cancer. How do we screen the entire never-smoking community for possible lung cancer? Never-smokers with lung cancer then fall into the catagory of what? Bad luck? And yes I know the other statistical causes such as radon, asbestos, genetics, etc. But for the approx 18% of never-smokers with lung cancer, have you been told or do you know for sure what caused your lung cancer?

We share a lung cancer diagnosis, this bonds us. We are in a club no one wants to be a member of. But how we came to that diagnosis is determined by differing risk factors and this is what makes the conversation increasingly difficult and in some instances polarized.