We fund translational research to move knowledge as quickly as possible from basic discovery to treatment of patients.

Since 2002, LUNGevity has invested in 149 research projects at 61 institutions in 23 states focusing on early detection as well as more effective treatments of lung cancer.

Immunotherapy has become a standard treatment regimen for advanced-stage non-small cell lung cancer. However, most patients do not respond. One significant barrier to immunotherapy efficacy is the tumor microenvironment (TME), which contains immunosuppressive cells, including myeloid-derived suppressor cells (MDSCs). MDSCs represent an important tumor immune escape mechanism and play a role in the development and progression of lung cancer. Dr. Owen will be studying how this group of cells can be targeted to improve the effect of immunotherapy.

In the United States, approximately 23,500 patients are diagnosed with non-small cell lung cancer driven by the G12C mutation in the KRAS gene. In 2021, the United States FDA approved sotorasib, a drug that specifically blocks the effect of the G12C mutation. A similar drug is also being tested in clinical trials, and we anticipate it being approved. Both these drugs have shown promising effects in controlling the growth of KRAS+ NSCLC. However, acquired resistance is inevitable where the lung cancer cells outsmart these drugs and start growing again. Dr. Robichaux is studying signaling pathways that contribute to acquired resistance. One such pathway is the ErbB signaling pathway, caused by increased production of ErbB proteins. Dr. Robichaux's team is studying which type of ErbB protein is causing resistance to these KRAS inhibitors and whether blocking ErbB signaling can stop cancer cell growth. Her research will lay the foundation for combination clinical trials to prevent resistance to KRAS inhibitors such as sotorasib.

The protein SGL2 seems to be produced in higher quantities on abnormal lung cells than on normal lung cells. Dr. Scafoglio is testing whether SGL2 can be used to image lung cancer cells by using a new imaging technology.

Currently, low-dose computed tomography (LDCT) is the only tool for the screening and early detection of lung cancer in individuals who meet screening criteria. LDCT is not very sensitive; often, abnormalities identified in an LDCT scan turn out to be benign. However, ruling out cancer requires an invasive biopsy. Dr. Vachani is testing whether a biomarker signature can be integrated into LDCT screening to improve the sensitivity of LDCT so that patients may be spared unnecessary biopsies. 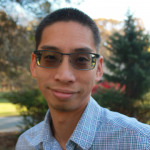 Despite high tumor response rates, patients treated with EGFR targeted therapies, such as osimertinib, inevitably develop disease progression. Mechanisms of drug resistance remain incompletely understood on both a genomic and proteomic level. The objective of Dr. Lovly’s project is to find new targeted treatments and drug combinations that can tackle cancer evolution and osimertinib resistance.

As a mechanism of resistance to EGFR inhibitors, cancers can change histology from adenocarcinoma to small cell or squamous cell lung cancer. Once this happens, EGFR inhibitors are no longer effective treatment; there are no strategies currently available to prevent or reverse transformation after it has occurred. Dr. Yu will use advanced molecular techniques to identify genetic changes that contribute to transformation. Understanding these genetic changes will identify biomarkers that can be utilized to develop treatments to prevent and reverse transformation.